While visiting family out in California for the holidays, we went to Pismo Beach for a day. It was a hazy day, so it wasn’t the best environment for catching some clear surfing shots, but that didn’t mean there weren’t some good photo opportunities to be had. Check out the album below.

This was taken at a nature preserve near Myrtle Beach, SC. I was watching this egret for a few minutes, and all of a sudden it started to twitch a bit, and I knew it was going to take off. I held down my shutter and snapped away as I watched it take flight. Such an amazing bird. 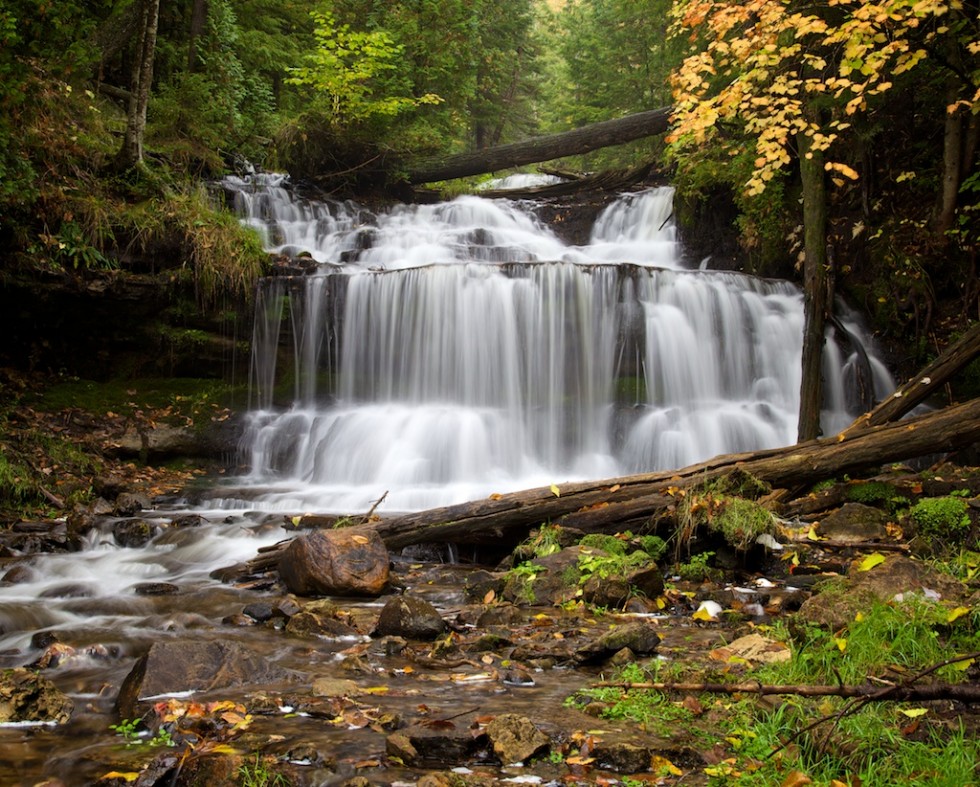 This is my favorite image from our autumn 2013 trip to Michiganâ€™s Upper Peninsula. Â Wagner Falls is amazing. Â Itâ€™s not the biggest waterfall, but I love the arrangement of rocks. Â The green moss just behind the lower waterfall is a really pretty aspect as well.

In this particular image, I like how the area upstream just has a little bit extra lighting as it fades into the horizon. 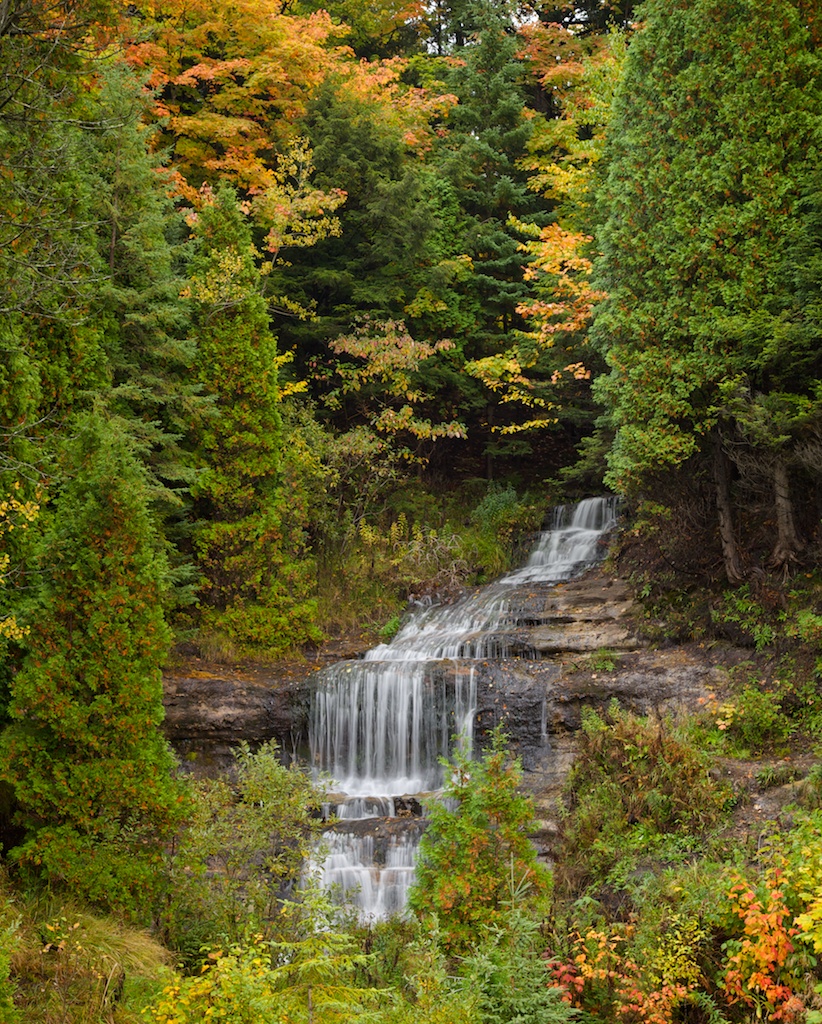 Alger Falls is just outside of Munising, MI. The falls are incredibly easy to get to. Just drive outside of town about 5 minutes and you can see them right from the street. This shot was taken after the leaves had started to turn, which set up a really nice looking landscape. 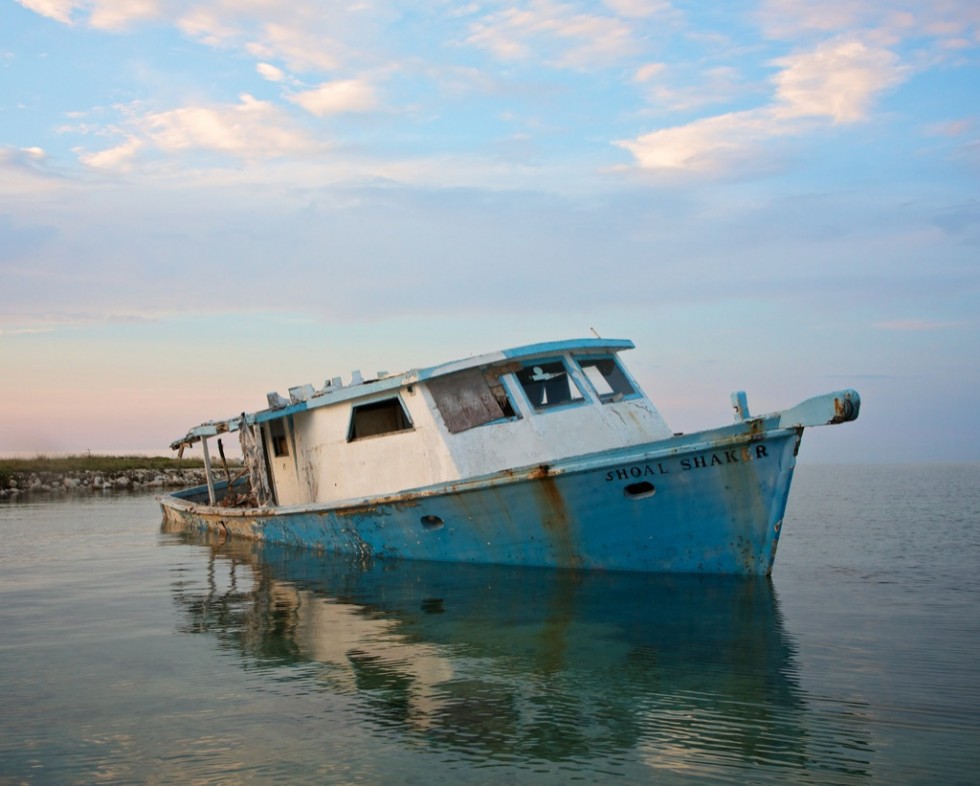 This photo was taken on the Grand Bahama island in the Caribbean. Â I give my wife credit for telling me to go back and grab a picture of this boat after we drove by. Â I went back to find just how amazing the scene was. Â The contrast between the wreck of a boat and the pristine surroundings was what piqued my interest. 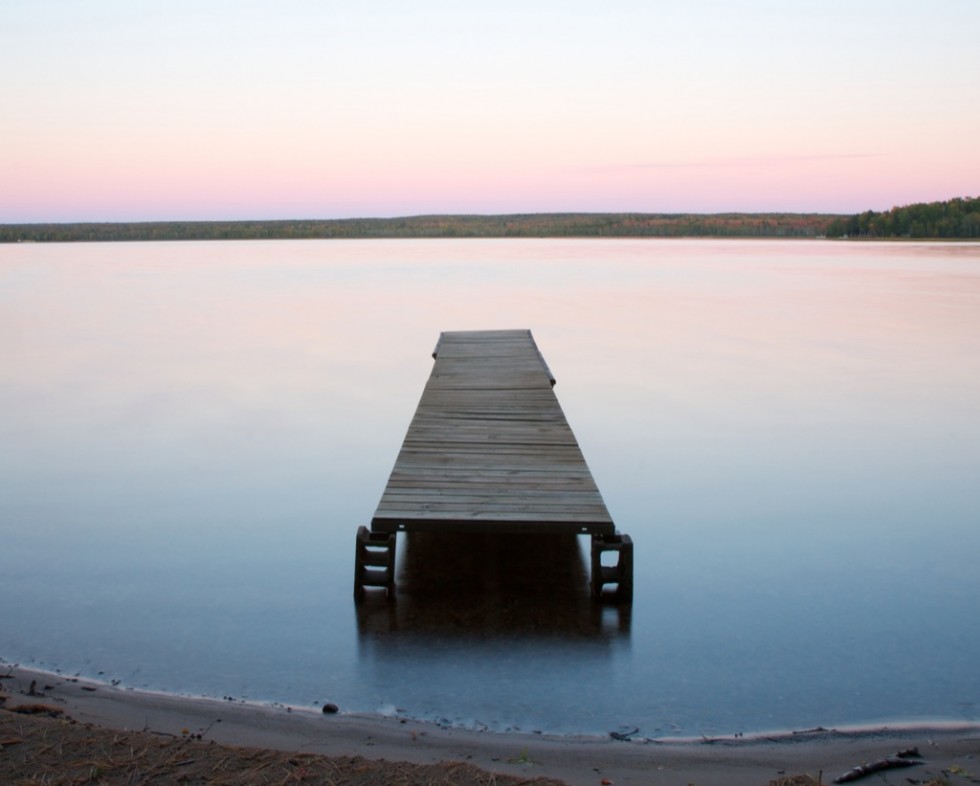 This evening on Au Train lake in Michiganâ€™s Upper Peninsula was so quiet and serene. Â I can gaze at this photo forever. 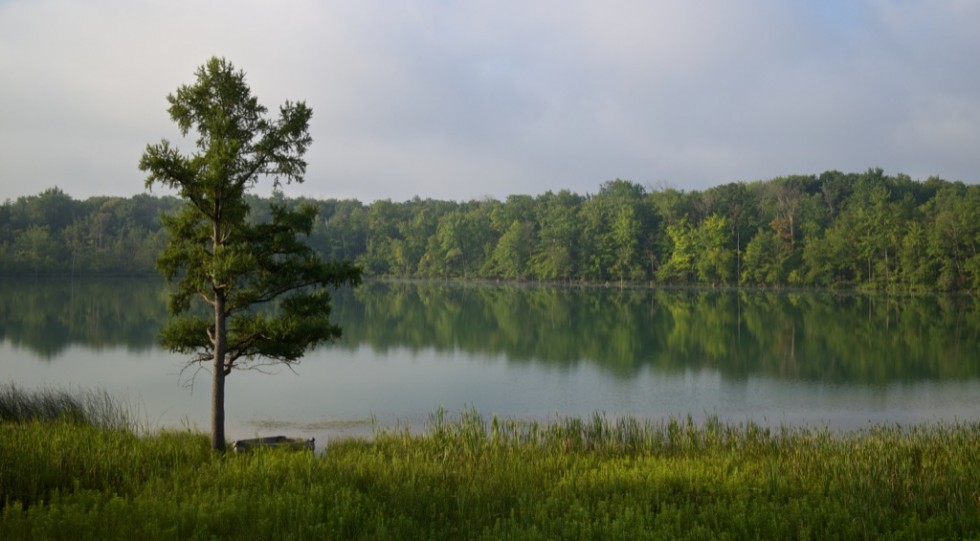 This photo was taken at a pond near Lakeview, MI. The morning light was truly wonderful, and I loved how the trees reflected on the glassy surface of the water.

Today I’m going to give you the “photo recipe” to take a shot like my Lake of Glass.

Obviously you have to start with a strong composition to begin with.  Here, it was dusk on Au Train Lake, just long enough after sunset that the sky still had some color, but not long enough that it was too dark.  Most people will take photos until the sun sets and then take off.  It’s a shame, because as long as you have a tripod, there is still a lot of color in the sky for about 20-30 minutes after the sun sets.  I was facing East when taking this photo, so the sun was setting behind me.

The hazy water effect can definitely add a certain feel to a photograph.  Here, the lake I was photographing was already pretty calm.  It was the end of the day and the wind had died down long ago.  But it wasn’t as smooth as the water shown in the photo.  How’d I get it to look that smooth?

The answer is in the shutter speed.  I used a longer exposure time, so the camera would average the scene over the entire amount of time the shutter was open.  In this case, I kept the shutter open for 5 seconds.  This is enough time for the water to move around a bit, giving that hazy feel.  For this to work, you absolutely must have your camera on a tripod, otherwise the things you want to have in focus (the dock and the tree line across the lake) will be incredibly blurred from your moving the camera during those 5 seconds.

There are several ways to keep the shutter open longer on your camera.  If you have a camera with manual controls, you want to set it to shutter priority mode, (Tv on Canon, S on Nikon).  This mode will let you set the amount of time the shutter is open.  You’ll want to use a time that is at least 2-3 seconds long, and preferably 10+ seconds.

The second camera setting to watch is the lens aperture.  Every lens has aperture blades that close to a certain diameter hole when you take a picture.  If the blades close to a smaller hole, less light will get to your sensor and you can take a longer exposure.  In the photo above, I used f/22, which was the minimum for my lens.  One thing to keep in mind here is that higher f numbers correspond to smaller aperture openings, so keep your f numbers high.

You can also reduce the amount of light reaching your camera sensor by attaching a filter in front of your lens.  In the case above, I had a polarizer on the lens, which cuts the amount of light about in half.  This let’s me use a 5 second exposure instead of a 2.5 second exposure.  The ideal filter to use in a situation like this is an neutral density (ND) filter.  An ND filter is just like putting a pair of sunglasses on your lens.  It dims the amount of light reaching your camera sensor by several orders of magnitude, depending on the filter.  With a strong ND filter, you can take a several second exposure even in broad daylight, without resulting in an over-exposed image.

So that’s it, the recipe for Lake of Glass.  Thanks for reading!